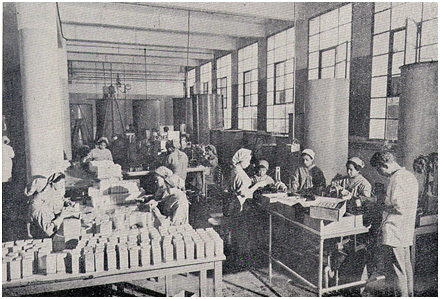 The period from 1940 to 1965 created many of the other subsidiaries in addition to the integration of a large number of laboratories medium production work that AVI period from 1965 to 1975 took control of the Holding Company on most engines market drug Egyptian terms of trade of raw materials, production, import, export, marketing, storage, distribution, and so through its subsidiaries .. At the end of this period was the holding company of the pavilions has covered more than 74% of the Egyptian pharmaceutical market volume traded in this period. For the largest entities in the industry has been successful ally of these companies at the time, which contributed largely to cover more than 30% of the pharmaceutical market in Egypt

HoldiPharma will compete for the leadership position in the Middle East and Africa region as a reputable manufacturer, distributor and marketer of quality research based Pharmaceutical and medical products that will improve the quality of life of the standard majority of the public in all disease areas.

Holdipharma will build a global profile by creating a synergized competitive "value chain" generated from the power of integration of its empowered affiliated companies leading to a swift penetration of the healthcare markets in the Middle East and Africa region.

Our corporate responsibility's approach is oriented& compatible with our mission & our principles, that drives us to demonstrate this responsibility towards good health practices, ethical and transparent business practices, sustained commitment to good environmental practices, employees' health and safety practices and building a mutual added- value with confidence towards our shareholders and our suppliers, this code of ethics is our direct way to confirm on sustainability of our business.

Holdipharma builds its strategy on the following four corner stones